One of my favorite things in Minecraft has got to be the sound effects! I was shocked by the discovery made by someone in the Minecraft Community that there’s a secret, hidden, Creeper face lurking in the sound waves of an audio file!

The sound we’re talking about here is “cave14.ogg” and I had to test it for myself to believe it! It makes me wonder what other hidden messages are in the game.

#2 Minecraft Steve was the First Monster

Humans, known as monsters in the code, were hostile mobs that look identical to the players with default skin. They didn’t do anything other than spawn in random places and wander around the world aimlessly, they would attack players who were nearby. They were later removed from the game.

#3 Helmets Protect Zombies from the Sun

If a Zombie is outside when the sun comes out, it’s bad news for them. However, if the Zombie happens to be wearing a helmet, they will be (at least temporarily) protected from the suns damaging rays! Eventually, the helmet will break and the Zombie will die, but it’s a nice little touch from the devs!

A Swedish programmer known as Notch wanted to make a sandbox game, and May 10th 2019 he began work on what is now known as Minecraft. May 16th, just six days later, the “alpha” version of Minecraft was made public

#5 Creepers Began as an Error in the Code

Did you know Creepers were not intentional? According to Notch, he was attempting to create a pig, but accidently switched the figures of the height and length when inputting the code. The result was the creature we love to hate, the Creeper!

That’s all! Leave a comment of your favorite random Minecraft Fact! 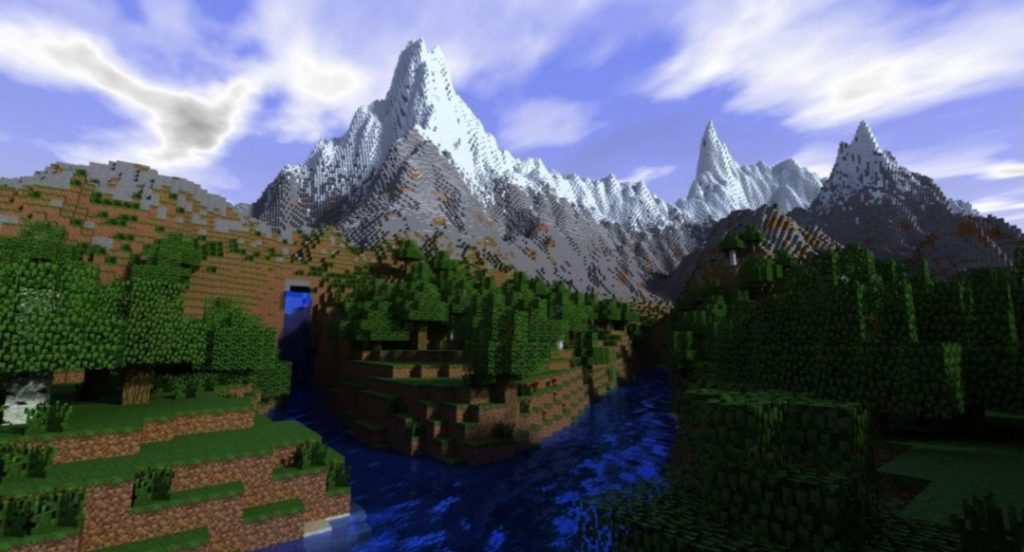 If you don’t already know, the overworld in Minecraft is getting nearly overhauled with this massive Caves and Cliffs update. We are about to see Minecraft in a way we’ve never seen it before, and it’s exciting! This means, however, that we need to make some tough decisions, but we’ll get through it together! Though no final decisions have been made about what exactly we will do when Caves and Cliffs hits this summer, here’s some things you can be free to discuss! Ultimately, we will always do what’s best for the server!

First, here’s what we DO know and what we can expect when Caves and Cliffs launched.
1. The server will not update to 1.17 for up to a week, or more. This is a major update, and there are a lot of plugins that need to be updated.
2. A LOT of new players! People will be searching for a new server, and we’ll be here providing an awesome Survival experience!
3. A new world like Iron and Emerald called “Copper”
4. This update is MASSIVE, and Game Changing!

Here are our options for the world situation. Again, NO decisions have been made, and these are for the sake of conversation. I understand it can be easy to get passionate or ‘worked up’ about what the right answer is, but the truth is, there IS no perfect solution. Please be respectful as you discuss these things with your fellow players and know that I take everyone’s feelings and thoughts into consideration.

a) A Fresh Start

A fresh start means we just start fresh, but we also double the world border. We would give everyone time to transfer their items easily to the new world, and put the old world up for download.

Pros:
– Frees up harddrive space and means we can double the world border on all worlds and possibly bring Dynmap back!
– Would have free harddrive space for a resource world
– Can run old world and fresh world for a week, allowing players to seamlessly bring their items over to the new world.
– Can put the “Old World” up for download on the website for those wanting to revisit.
– Can host a yearly “anniversary” event, where we host another server for a week to revisit our old worlds, shed some tears, have some laughs & relive some memories! (It could be a Time Capsule!)
– A fresh start also gives everyone a chance to experience 1.17 the way Mojang intended.
– VERY New Player Friendly!
– Removes the awkward transition of a massive 1.16 world and then 1.17 world out of no where.
– A Fresh Economy gives us a much needed opportunity to correct a broken system
– It wipes all the old claims of players who quit the server or were banned.

Cons:
– Everyone loses their hard work.
– Projects will be left unfinished.
– The economy will be wiped

In this scenario, we simply have two overworlds! One we call the Old World, and the other we call the New World. You can seamlessly teleport between the two as easy as you would the Nether. Only, you’d use commands “/oldworld”, “/newworld”. Yes, you can transfer items, it’s all contained on the same server, you could build in both worlds.

Pros:
– Everyone keeps their hard work and money
– Kind of new player friendly, could get confusing for some even though they’d spawn in the New World by default.
– Removes the awkward transition of a massive 1.16 world and then 1.17 world out of no where.
– Could seamlessly teleport between old and new world.
– Could possibly offer solutions to slowly (over the course of weeks) move players claims to the New World, and eventually delete the Old World, and double the New World world border after everyone’s moved over.

Cons:
– Cripples our harddrive space. No resource worlds, no Dynmap, no world border increases, might set back potential new servers and features.

In this scenario, we keep the same overworld, but we double our world border.

Pros:
– Everyone keeps their hard work and money
– Nothing really changes

Cons:
– Servers will die over time since it is not new player friendly
– Awkward transition between the 1.16 and 1.17 world
– Long walking periods, and hard to find areas of 1.17 world.

Minecraft Java has just released another snapchat for the Cave and Cliffs Update! Snapchat 21w03a is now available for Minecraft players everywhere to tests and adds a bunch of experimental Cave and Cliffs update features. One of the most exciting ones is the Glow Squid! Just to recap, the glow squid won the mob vote at Minecraft Live, and now we can finally take a look at it for ourselves!

The Cave and Cliffs Update is set to release sometime this Summer in 2021. This will a bunch of new and exciting features, changes and improvements to the cliffs and caves around Minecraft.

Who else is excited??

A creator by the name of bloxxed_ has made this amazing Among Us map in Minecraft! You may be familiar with Skeld, and now you can see it in all it’s pixelated glory in Minecraft! He want kind enough to provide a downloadable version which we added to our Minecraft survival server (Minecraft Forever, IP: play.minecraftforever.com)

To get there, go to our Hub server with /server hub, and then use /warps and open the Official Server Warps. Then click Skeld!

Hello Survivors!
Looks like our pals, Mojang, has released another minor update for 1.16! We’re now on 1.16.5. This isn’t really a game changing update, looks like just a few fixes on the back end.

If you play on our official survival server, Minecraft Forever, you’ll be pleased to know you can go ahead and play on 1.16.5, OR stay on 1.16.4 (if you’re using shaders). The choice is yours 🙂

If you aren’t playing our server, WHY NOT!? Come check us out!
IP: play.minecraftforever.com
Discord: https://discord.gg/6DkS7ra

Welcome to WordPress. This is your first post. Edit or delete it, then start writing!